When Can an NY Traffic Court Suspend Your Driver’s License?

When Can an NY Traffic Court Suspend Your Driver’s License?

There is an assumption by drivers in Sullivan County, New York that suspension of your driver’s license is a rare and infrequent occurrence. Further, most people believe that having your NY driver’s license suspended or revoked would only happen in the most extreme situations and circumstances. As a lawyer before the NY traffic court on a regular basis, I know this isn’t true.

So, when does an NY traffic court or criminal court have the option to suspend your driver’s license? 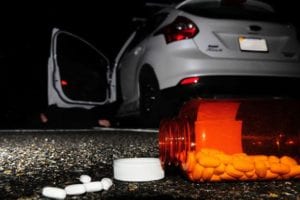 One of the most common reasons for suspension or revocation of your NY driver’s license is the conviction of a DWI in New York or conviction of other drug or alcohol offense in another state. NY courts consider DWI a serious and dangerous offense, and as such the administrative penalties are harsh. Even a first-time DWI offender loses his or her license for a period of 90 days.

If you are facing administrative penalties in an NY traffic court for a second or subsequent DWI, the likelihood of losing your driver’s license is even higher, and you should seek the advice of a Sullivan County lawyer.

If You Don’t Respond or Pay a Traffic Ticket

If you are pulled over or cited for a traffic violation in New York, it probably seems like a minor event. So minor, in fact, that you may forget about the ticket, the fine, and your day in traffic court within an hour of being pulled over. However, this minor incident can become a major problem if you subsequently forget to pay your fine or otherwise respond to the traffic violation.

Failure to respond to a traffic violation can result in suspension of your New York driver’s license. If you don’t respond within the allotted timeframe, which is denoted on your specific traffic violation, the NY traffic court responsible for your case can suspend your license until the fine is paid. But once your license is suspended, you can’t simply submit payment. Reinstating your license requires certain administrative procedures.

Other common reasons for the suspension of an NY driver’s license is your behavior and actions on the road. Behavior before, during, and after certain motor vehicle accidents and collisions is considered more egregious and warranting a stronger punishment. Reckless driving that leads to an accident is considered particularly dangerous to other drivers and pedestrians. These reckless driving accidents are subject to administrative penalties, such as points on your license and license suspension, and even criminal charges.

Fleeing the scene of an accident or collision can also result in suspension of your license. The State of New York treats fleeing the accident scene and evasion of police as very serious acts, and an NY traffic court won’t hesitate to suspend your license for these actions.

You Drive Without Motor Vehicle Insurance 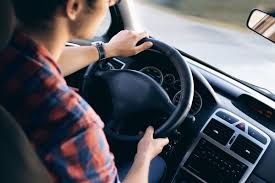 It is a requirement in Sullivan County to have minimal motor vehicle insurance. This is a state-mandated requirement that is strictly enforced by the NY traffic court, and those who drive without insurance are harshly penalized. The most likely punishment for driving without insurance is suspension or revocation of your driver’s license.

If you are heading to an NY traffic court for driving without insurance, fleeing the scene of an accident, receiving three or more traffic tickets, or charges for DWI – you should speak with a Sullivan County traffic lawyer before your court date. To schedule a free, initial consultation with a top rated Sullivan County lawyer, contact Scott Russell Law at (845)-741-3331.