What’s the Law on Traffic Cameras in New York?

What’s the Law on Traffic Cameras in New York?

Do you remember a few years back when the debate around traffic cameras in New York was on the front page of every local newspaper and at the forefront of every municipal debate? In fact, the opposition to newly installed traffic cameras wasn’t limited to New York. In Ohio, North Carolina, and a number of other states there was important discussion around the use of this technology to punish drivers.

More Restrictions Than Most States 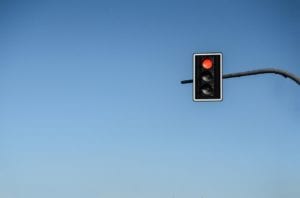 Further, New York law requires that traffic cameras in New York installed for running red lights must be installed only at a restricted number of intersections and for a limited amount of time. These specifics, found in the state’s FAST Act, mean that New York’s laws on traffic cameras are actually more restrictive than most states. But that doesn’t mean there aren’t counties and towns around the state still implementing traffic camera programs, including the recently renewed program in New York City.

What Is the Fine for Tickets from Traffic Cameras in New York?

In addition to implementing certain restrictions around traffic cameras in New York, the state has also taken steps to limit the fines and punishment from these tickets. This policy of lower fines is based on earlier arguments that tickets from traffic cameras could violate certain due process rights. Therefore, the New York legislature thought it was better to lessen their impact on drivers.

Currently, a violation of New York’s few speeding cameras and limited red light cameras results in a $50 fine and 0 points on your New York driver’s license. Yet, there is a good reason to fight a traffic camera ticket – it could impact your insurance and other costs of owning a vehicle. Plus, all of these tickets are assessed against the owner of the vehicle, even if the owner wasn’t the driver at the time of the offense.

Arguing the validity of a traffic camera ticket is very different than fighting a ticket issued by an officer. First, it is impossible to question the camera in court or understand important nuances to the situation. It is hard to determine if the camera malfunctioned or had maintenance issues. Less likely, but possible, are problems identifying the exact license plate of the vehicle in photographers or the quality of the picture. As well, many traffic cameras in New York are operated by contractors, not the local government, making it harder to obtain evidence during your case. 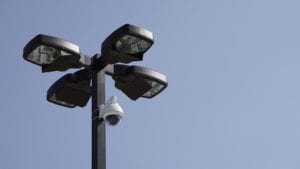 Second, it is often really difficult to tell if the owner of the car, who is issued traffic camera tickets in New York, was actually the driver at the time of the ticket. The State of New York has decided that this doesn’t matter. When it comes to red light tickets, the owner of the car is always responsible for paying the ticket.

This can make it more frustrating to fight tickets from traffic cameras in New York. At Scott Russell Law, we can help. Call our legal team of traffic ticket fighters today to learn how we can help you with any type of moving violation or ticket in New York.