It’s late on a Tuesday night and you were heading home through a residential New York neighborhood. You didn’t see any other cars at the intersection and made the decision to go straight through a red light, but a New York police officer was looking for speeders just down the road and saw you run the light. The officer pulled you over and issued a ticket.

Associated with every New York traffic ticket, whether for running a red light, speeding, or reckless driving, are a set of administrative penalties and a fine. Before deciding to pay the fine and mailing in your check to the traffic court, do you call a Monticello traffic ticket lawyer? 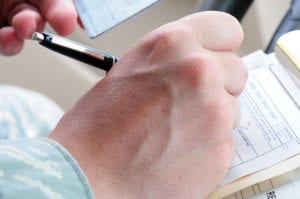 There are a number of reasons people choose to pay a traffic ticket, rather than fight the fines, DMV, and other administrative penalties. For some people, simply paying the ticket seems like the more efficient response, while others believe it to be the cheapest route.

As well, many New York residents don’t even realize there are other options. Unlike criminal cases and personal injury lawsuits, cases in traffic court or before a New York town court receive very little attention and almost no information is circulated about the options to fight a ticket.

People don’t understand that when they pay the fine for a moving violation, there are other consequences to the guilty plea. These consequences hit your wallet and ability to drive in surprising ways.

What Are the Consequences of a Traffic Ticket?

The most obvious consequence of a New York traffic ticket is payment of a fine. Similar to criminal law cases, the fine amount is dependent upon the type of moving violation and severity of that offense. The New York Department of Motor Vehicle sets the amount of these fines, and they are adjusted in amount from time to time. But there are also consequences that don’t immediately come to mind.

For every moving violation in New York, there is a corresponding number of points applied against your license. A combination of 11 or more points, whether from a single violation, three, or more results in the suspension of your license. It is common for New York drivers to miscalculated the number of points applied against their license or forget about a previous ticket.

How a Monticello Traffic Ticket Lawyer Can Help

The traffic courts in New York provide an avenue to vacate a paid traffic ticket and guilty plea. A Monticello traffic ticket lawyer can help you file a motion with the court requesting the plea be vacated. New York courts will consider vacating a guilty plea if there is evidence you didn’t understand the severity of the consequences or understand the impact of paying the ticket’s fine.

If accepted by the local town court or traffic court, the guilty plea is withdrawn, but more work is needed to avoid the consequences of the ticket.

At Scott Russell Law, we’ve handled motions to vacate and traffic ticket defense throughout New York, and we are prepared to take your case. To begin the process of erasing the negative consequences of your traffic ticket, call 845-741-3331.