Your First DUI: How to Defend Your Rights

Your First DUI: How to Defend Your Rights

Your First DUI:  How to Defend Your Rights

Your first DUI might be the result of a careless mistake, but mistakes can lead to serious consequences. Former prosecutor and Sullivan County DUI Attorney Scott Russell is a highly experienced criminal attorney who will help you defend your rights when you’re charged with a DUI.  He offers free consultations to discuss your case.

New York imposes severe penalties for a first DUI offense. Your license will be suspended for a minimum of six months if you are convicted. Your fines will range from $500 to $1000. You may even face up to a year in jail.  Penalties sharply increase for aggravated DWIs. Refusal to take a chemical test may result in license revocation of a year – even if you are not convicted of a DWI. It is imperative to have a strong advocate on your side when you have been charged with your first DUI because New York law generally prohibits plea bargains for drunk driving offenses.

One way to defend against a DUI is to argue that the traffic stop was unconstitutional. The officer must have had a reasonable suspicion that a crime or traffic violation has occurred before he can stop your vehicle, explains HG Legal Resources. The stop will be unconstitutional if it does not satisfy this reasonable suspicion standard. All evidence obtained will be thrown out of court.

The officer must use a neutral policy even when stopping vehicles even at roadblocks. Otherwise, you may be able to defend against a roadblock DUI by arguing that the officer singled out your car.

You must be read your Miranda rights when you are arrested, or some or even all of the evidence may be thrown out. This may help defend against your Sullivan County DUI.

The evidence against you may be based on field sobriety tests or the officer’s observations. The officer may testify that you were unable to walk a straight line or that your eyes were bloodshot. There may be perfectly legal reasons why you were unable to walk straight, however, such as anxiety over being stopped. Your eyes may be bloodshot because you’re wearing new contact lenses. You may be able to defend against the officer’s testimony regarding his observations with witness testimony that contradicts that of the officer. 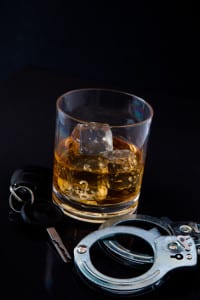