Do I Need a Lawyer for My Sullivan County Moving Violation?

Do I Need a Lawyer for My Sullivan County Moving Violation?

Sullivan County is allowed to issue traffic tickets and moving violations for a number of traffic incidents and unlawful actions.

Possibly you received a speeding ticket or required to pay a fine for expired license plates. These are some of the more common traffic and moving violations in the county. Other moving violations include failure to stop at a red light or stop sign, reckless driving, and even driving while intoxicated (DWI).

How should you hire a lawyer to help with a moving violation? Here are five instances.

#1: You Need to Lessen the Impact on Your Driving Record

Individually, a Sullivan County moving violation isn’t likely to equal a loss of your license. Traffic infractions, such as running a red light, illegal lane changes, and speeding are all minor violations. However, high-risk drivers can quickly see these minor moving violations become a big problem.

In New York, a driver with 11 points or more against his or her driver’s license could have the license suspended. If you are facing a Sullivan County moving violation that would put you near or over the 11-point limit, you should take measures to have the effects of the violation dismissed or mitigated.

#2: You Are Facing DWI Charges in Sullivan County 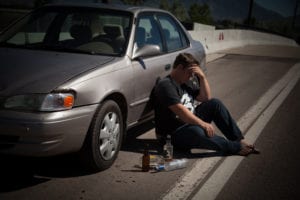 As discussed, several Sullivan County moving violations are serious and should be treated as such. However, DWI charges are in a separate category. Even your first DWI can result in harmful ramifications. In New York, a first DWI may lead to criminal penalties, if your blood alcohol concentration is high enough. These penalties include a hefty fine and potentially jail time. Subsequent offenses for DWI could even be charged as felonies, the most serious classification of crime in the state.

As well, a DWI on your record could lead to problems with a future employer and license approvals. Suspension of your license is almost certain.

#3: You Need a Commercial Driver’s License for Work 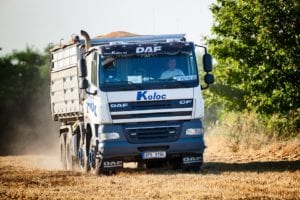 If you drive for a living, a Sullivan County moving violation could become a big problem for future employment. While many people don’t worry about traffic tickets and speeding fines, a truck driver, school bus driver, commercial mover, or delivery driver should. These small infractions could lead a future employer to ask difficult questions, consider a different candidate, or refuse a promotion. Protecting your commercial driver’s license (CDL) and driving record is imperative, and traffic ticket defense could be beneficial.

#4: You Didn’t Commit a Moving Violation

If you believe law enforcement gave you a Sullivan County moving violation unfairly or inaccurately, you should speak with a traffic ticket lawyer. Each year, several people successfully fight and appeal their moving violations in Monticello and surrounding areas.

In some instances, the police officer doesn’t appear in court, and the ticket or violation is summarily dismissed. In other cases, an individual has a clear argument that posted signs were unclear or incorrect. Lastly, some drivers didn’t commit a moving violation at all, and the Sullivan County moving violation was inappropriate.

Speak with a Sullivan County Lawyer

The information in this blog post (“Post”) is provided for general informational purposes only, and may not reflect the current law in your jurisdiction. No information contained in this Post should be construed as legal advice from Scott Russell Law, or the individual author, nor is it intended to be a substitute for legal counsel on any subject matter.